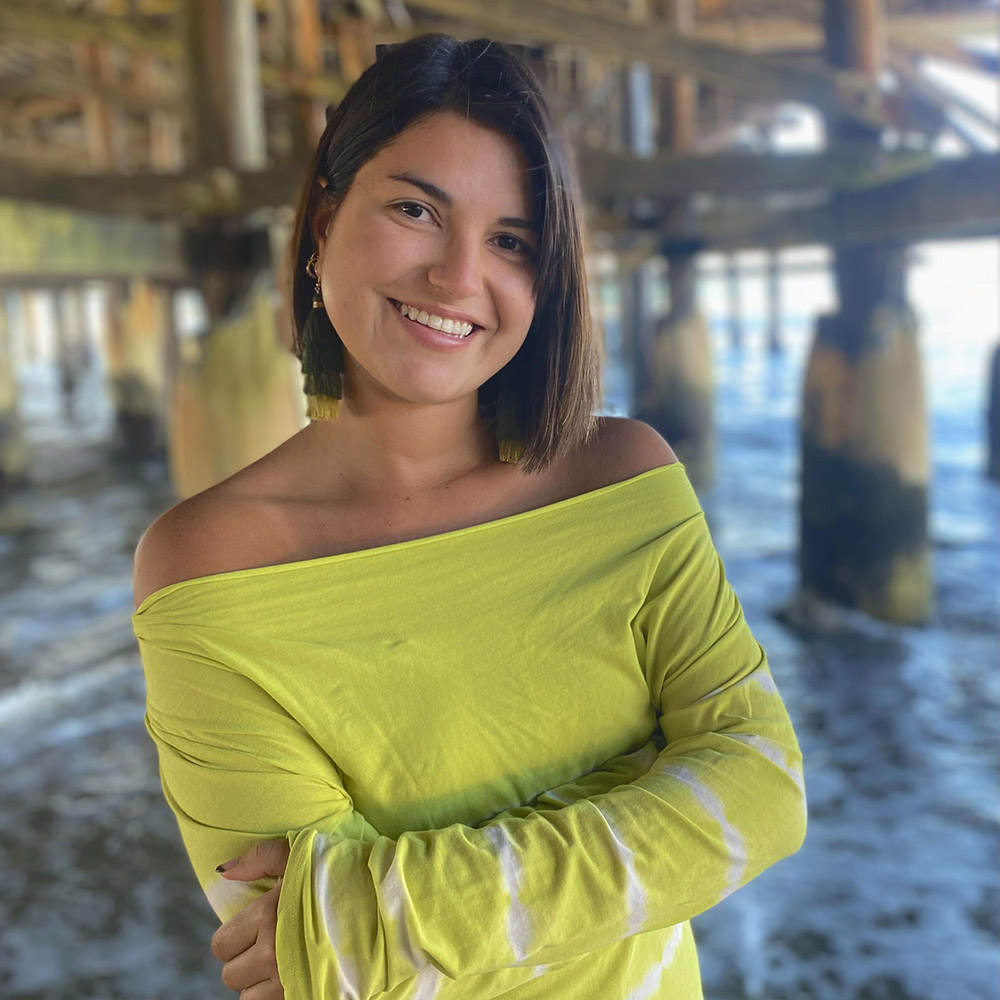 Advocate for Women & Adding More Color Into Your Life

We like a woman of extremes. The one who isn’t afraid to speak up and throw her sass and opinion around like confetti. The one who isn’t afraid to wear everything she is, every color and every shade, out there for people to see. We like the ones who agree with whoever said that life is too short to wear boring clothes, and after getting to know Maria Alejandra’s story and business, you might agree.

Maria Alejandra, for lack of a better description is a berraca woman. And if you’re reading this and not knowing how to pronounce it, just roll your r’s the latino way so it doesn’t come out sounding like Barrack. Even though we love, Barack, too. Anyway… back to the berraca woman. Berraca is a term used in Colombia to describe someone who is brave, persistent, gutsy, and tireless. To be berraca is to be someone who doesn’t give up and keeps going even if its risky, as long as its purposeful and worthwhile. Maria Alejandra, now a 27 year old Founder and Creative Designer of the conscious fashion brand, Arawayuu is definitely berraca. She was born in a small-town called Neiva in Colombia known for its parties and festivities. María spent the first 18 years of her life immersed in a very rich and colorful culture, but when arriving to the United States as a student, she was taken aback by the dull and somber perceptions people had about her country. The narco jokes were old and not at all humorous, the erroneous assumptions about her people’s customs were naive to say the least and even though it bothered her, it also made her become even more proud about her roots and with an initial yet burning urge to change that uninformed point of view. So she did, beautifully and vibrantly.

In 2018, Maria started her own fashion business, Arawayuu - a brand that as she likes to call it, is a community. A company with a purpose to support each other. The idea started when Maria would walk around the streets of Southern California with her colorful tassel earrings and vivacious mochila bags, people would always stop her to ask about them, where they came from and where they could get some just like that. The idea of starting an ethical fashion brand made so much sense. She wanted to develop a business where she could support Colombian women artisans as well as encourage American women to live life more colorfully whilst learning more about her culture and supporting the slow fashion movement. Maria, now supports many women artisans from the indigenous Wayuu tribe located in La Guajira, one of the poorest, yet most beautiful regions in Colombia. Their labor-intensive weaving process uses ancient crochet techniques passed down through generations. Every bag and accessory is hand-made with natural cotton which encourages ethnic fashion through fair trade while embracing boho chic styles. Ten percent of the profit of each item is given back to the artisans in La Guajira. With that, they are able to consistently provide themselves with corn, rice, beans, cornbread and new weaving tools.

As for brining part of her culture to the California lifestyle, María wanted to also showcase the consumer - kind of like a marriage between La Guajira and California - so she started implementing the Arawayuu designs and art to the SoCal habits. Products like beach towels, yoga matt straps and hammocks, all used in the California lifestyle but with the Colombian sass. The long-term plan is to insert these products into the wellness way of life that exists in SoCal and sell them in places such as yoga studios, local stores, and boutiques where the consumer is conscious and goes in accordance with Arawayuu’s principles. And for the American woman wanting to have a little bit of that Colombian radiance, Arawayuu embellishes you with color that influences the mind and soul. It can give you the extra boost and confidence you need to speak up, to take the first step into something unknown, to send a risky text, to quit the boring job, to start an uncertain new venture, to make that phone call…to be a fruitloop in a world of cheerios.
And for that, Onlychild is so proud to have helped this business come to life with its logo, colors, typography, graphics and social media presence. To check out the episode of Adobe Live were we work on Arawayuu’s branding click here.

Have a colorful day,

CHECK OUT OUR WORK FOR ARAWAYUU HERE 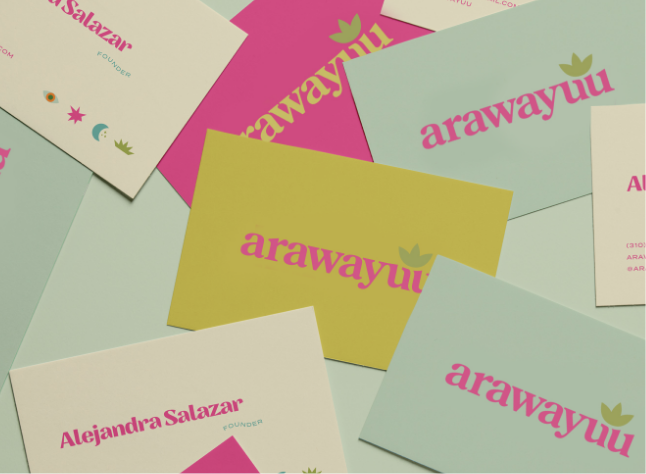 "I can't say enough about the quality, the speed, the attention to detail and the effectiveness of Onlychild’s work!"
Maria Alejandra, Founder of Arawayuu