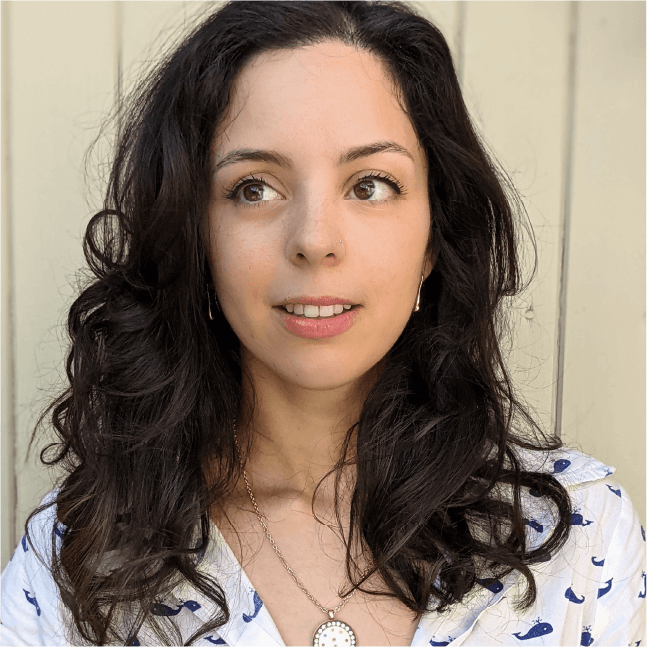 Creator & Founder of The Toothless Connoisseur

Producer of Life and Professional Trainer for Picky Eaters

Not having a picky eater as a toddler is like miraculously not being affected by something pretty much everyone goes through, like  being a 90s kid but never getting the chicken pox. I was eight when I got it and still remember those damn itchy blisters. I also remember being a pain-in-the-neck picky-eater BTW. Sorry, mom. Pediatricians say that almost every toddler goes through a picky-eater phase. It is exhausting for the parents and once you’ve used up all your savvy mom resources, you turn to what every distraught mom does - Google. And if you’ve done that before and you haven’t found The Toothless Connoisseur, then, here it is thank me later.

Sophia Feliciano is a young woman, mom, hand-model, actor, creator of sorts and entrepreneur. In the middle of all that beautiful chaos, she started The Toothless Connoisseur, an online hub of world inspired, plant based recipes for babies, children, and families.  A place where you can find gastronomic and budget friendly vegetarian recipes that babies will enjoy. You’ll come across recipes for dishes such as Parsnip Dal Farinata Pie, Mint Muhammara, Zaatar Hummus, and much more. I know you’re probably thinking, “there is no way my child will eat this…I’ve never even eaten this!” But, research shows that babies have loads of taste buds for parents to shape and excite and if they are encouraged early on infancy, they are likely to become non-picky eaters. Voila!

Onlychild had the pleasure to work  with The Toothless Connoisseur as one of our lovely clients for our program Here2Help with Adobe Live in collaboration with Julia Masalska. Sophia’s business was selected to be assisted by us for free! We helped her with branding development, graphic design and social media. As we learned more about Sophia and her business, we decided to share a bit about her story as an entrepreneur and mother in this blogpost. She first got the idea for the business about two years ago when she was trying to make food for her son Sullivan, AKA Sully Bananas, and the one thing she knew was she wanted him to be an adventurous eater. As she found herself experimenting with tons of different foods, she realized Sully really responded to different flavors with passion. She also noticed a lot of stressed out mothers kept asking her what she cooked for him and she realized there was a gap that could be filled, not-so-baby food for babies! She used her experience as a former writer for food magazines as well as previous work in organizing food sales and put it together with her passion for cuisine and started the website.

Being a mom and beginning her own business has been quite stressful but for Sophia there was no other choice but to do it all with her son, in the kitchen, while she cooks, creates, records and types. Also, she says she wouldn’t have it any other way. Instead of keeping Sully away from her work and away from the kitchen, she decided she would do it differently by integrating him. She noticed that babies can learn a lot very quickly and that it has helped him have a better idea of what different tools are for, what a spoon does, what it looks like, different shapes, sizes, flavors, the kitchen can be a playground. She discovered it was less stressful with him in the kitchen than trying to keep him away from it. It could make things a bit messier, but the synchronicity that is created makes it all worth it. And as Sophia puts its, women are pretty good at that, at being producers of life. The female superpower is that of being able to juggle everything at once. We are the super multitaskers! Sounds a bit anticlimactic, I mean, its not like flying or anything like that, but when you’re a mom, a partner, a business owner, and a lot more, having the power of multi-tasking sounds much sexier than being able to fly. BTW if anyone develops the power of freezing time, let me know.

The long-term goal for The Toothless Connoisseur is to expand in a few different ways. Other than continuing providing quality content with recipes, tips, advice and information, Sophia wants to partner up with a Montessori-style teacher to give online classes on how to raise adventurous eaters. During this process she discovered this is a needed course because parents don’t always understand the psychology of a kid's eating behavior and if they did, it would be much less stressful. As part of her business plan, she wants to go bigger and also start selling merchandise that can help parents in the kitchen whilst staying away from plastic and silicone. She also wants to publish a series of books and ultimately as a business, have a team that makes it happen and not only rely on herself. Phew! Super multi-tasking power mode: ON!

So there you have it. Who knew that kid food doesn’t have to be a thing? Who knew kids can like stuff such as eggplant and curry and pistachio?! Is it just me or does diversifying your diet sound like a must right now? Don’t want any babies to make me look bad at the restaurant as I eye what they have under Kid’s Menu.

CHECK OUT OUR WORK FOR THE TOOTHLESS CONNOISSEUR HERE

FIND OUT MORE ABOUT OUR HERE2HELP GRANTS HERE 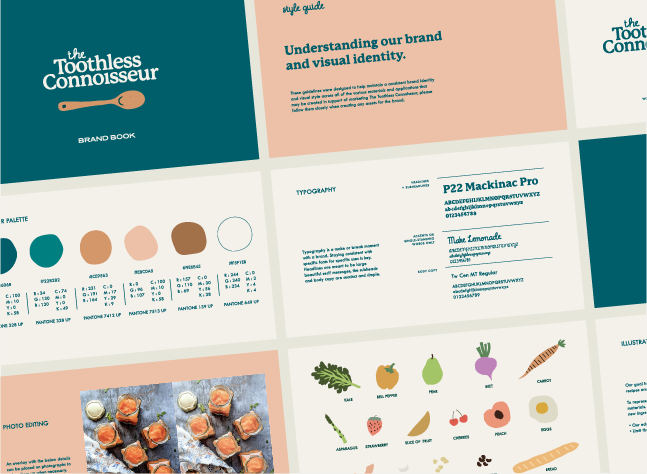 "Lina listened intently to my vision and took the time to get to know me and my budding brand. There was so much I didn't know when we first met and she met my lack of knowledge with patience and guidance. She is a nurturer who really cares for her clients.”
Sophia Feliciano, Owner of The Toothless Connoisseur